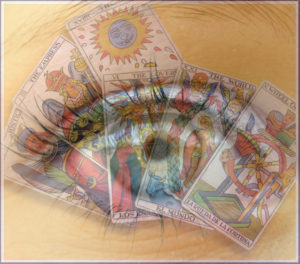 It’s a funny fetish, hypnosis.
For a lot of people, for a lot of people in the scene even, there’s an arcane wonderment to it. An illusory and abnormal quality that lends it to the mystical or the supernatural.
But what is it really, other than fantasy?

Fantasy.
That’s a funny thing too. When we hear the word it usually means something that isn’t real, a fiction, or perhaps a delusion.
It can also be an aspirational word, but even then it is tied into a sense of the impossible, and in that there is the world of the arcane, the power to bend reality, to change the rules of the actual and make it the fantastical.

If you think about it, if you really stop to think about it and let your mind grind away at this, it’s pretty obvious why hypnosis is seen the way it is, and not just by people outside of our own scene.

The core premise, the promise of hypnosis is change.

Not just that, but change by words, change with words, change that comes specifically from one person’s words working their way into your mind.

But the thing is, words change our minds ever day.
Words, language, speech, it is all the great abstraction of the self, and of knowledge into knowable and sharable agreed upon forms.

That’s also magic.
That’s why the history of the word spell is tied in with “to speak”, because our voices both spoken and written give form to our wills, and the will is in the most grotesquely simple version of things, that which causes change in all things that are permeable by our hands.

So, it’s easy to see why maybe we expect too much from hypnosis.
I mean this both sexually and practically.

I want to tell you a story to help illustrate what I mean.
I have, for the past almost 2 months now, been listening to one person’s sessions exclusively. I wanted to know what it was like to have a more meaningful relationship with my fetish and indulge in my relationship to hypnosis in a way that would cause more noticeable change, or at least to see what that change could look like.
I don’t want to be vulgar here, but I masturbate pretty regularly, sometimes twice a day, every day, depending.
Sometimes more, you know how it goes.
Some of you are thinking that’s not a lot, others are thinking that’s average. Here’s the thing, it’s been a pretty regular part of my life from about as soon as my body could do it.
Being in my mid 30s I’ve got it down to a bit of a science, and it’s pretty habitual.

Or in the words of my hypnotist, “Shouldn’t that mean you’d remember the last time you did?”

And I should have been certain about when that was, but I wasn’t. Not when I came out of trance and she asked me.
I mean, I was pretty sure, but pretty sure is very different than certain. It is especially so when you have a: one of those generally creepy good memories that bugs others with its ability to retain details and bullshit nonsense that makes you broadly dangerous in all trivia scenarios.

So here’s the thing:
Did I forget when I had last masturbated?
Yes and no.
I became uncertain, I understood that my memory wasn’t reliable, and that in and of itself is a change. It is a meaningful change that occurred only through someone else’s use of words, allowing their will to impose itself on my reality.
She then made me ask permission to masturbate moving forward. I know if I want to I can just do it without asking, I know that.
But, it feels right to ask now. It feels natural to ask now.
She didn’t frame the suggestion to be permanent or to last longer than that moment, but that’s the way my subconscious has taken it.

And therein lies the difference between the fantasy and the reality, between magic and the magical.

What we all assume in the backs of our minds is this sense of invasion that will come with submission and suggestion.
We assume there will be this clear delineation of “What I would do” compared to “What has been suggested to me to do”, and in truth, there isn’t.

Instead, when a suggestion is accepted, there is an internal change. There is an effective encouragement that plays on something you already want, and by either directly or indirectly appealing to that desire, the suggestion takes hold when you are in a more agreeable and amiable state.

That is what trance is after all, a state of heightened suggestibility, and as we do not spend our days in that state by and large, it is different, it is out of the ordinarily, and in so being, it brushes up against our idea of what is supernatural.
That is why being in trance is magical, why being hypnotized is like having a spell cast on you. But, it does not exist as a manifest of pure will. It is an act of cooperation, it is broadly able to be taught, duplicated, and acts under a series of generally hard and fast rules about its upward limits of effectiveness.

In other words, outliers aside, it is a fairly predictable methodology used to explore and develop the self in sometimes lasting and sometimes meaningful ways.
Nothing magic about that.
The closest it gets in this regard is a sort of Dungeons and Dragons style magic is a science perspective, which, in turn isn’t really magic in the traditional sense, because “Magic” is unknowable and mysterious.
Fundamentally, romanticism aside, it is a way of exploring the interior of the personality, the creative center, and the emotional life of the subject, and again, it is a partnership.

When she begins to work her charms, when she begins to lead you down that path, when you follow without realizing you are cooperating, because you don’t need to know you are in agreement to agree.
This is where it becomes magical, where it becomes mysterious, and where it becomes profound in its form and not just in its results and function.
The artistry of captivation is important to recognize here, and so too is the reality that everything people say to us and show us is an offering in some way.
Seduction is an offering of promise.
Hypnosis is an offering of leaving the conscious mind and leaving complete control behind. There is a magical quality to that, again, because it is outside of our day to day lives.

I know you’ve probably read all of this before in some way, shape, or form, likely nearly verbatim spread out in my other blogs, but it never hurts to revisit it.
After all, the feeling of trance is ephemeral.
Our responses to trance can vacillate in depth and potency.
Though it is systematic, it is also a journey into the self, and we are nothing if not fluctuating, be it from appetite, to lack of sleep, to simple overall mood.

So, do not expect glaring change to occur with the snap of her fingers, expect to discover that you want to and do agree with her ideas, and her perspectives.

Think of hypnosis not as magic, some arcane spell, but as a magical experience, and let that help you temper your expectations, not so your fantasies can come up short, but so that your realities can become more magical.