Getting Free of the Hands Free Orgasm Myth 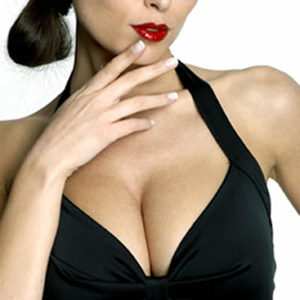 Does that sound like magic to you? Because it sounds like magic to me, and the only thing that makes it not magic is that it’s all 100% real.

It’s called a premature ejaculation in wider circles, and that first time I ever heard about it was in this scene from Kentucky Fried movies.

What is a joke to others, and a sign of masculine weakness or impotence, is to us an aspirational occurrence.

I myself have never had one, nor have I ever had a wet dream, but I do have a story that I know isn’t wholly unique to me.

After training with and marathon-ing a bunch of Nikki Fatale files (all of Because through all of Control), and having also made some incredible gains as a subject, I gave the Escalator No Hands file a listen and here’s what happened:

I enjoyed the experience, I was aroused, and at the end I peed a little on the blanket I had put down under me to cover my chair. I didn’t piss myself, it wasn’t a bladder failure or anything like that, but the stimulation and the release of the muscles caused me to pee.

It wasn’t terrible hot because water sports is not my thing at all, but it was funny.

And if you’re out there thinking you’re the only one that it’s happened to, or you’re afraid that it could happen to you, guess what, you’re not alone and maybe it will.

But don’t let that scare you away from trying, and don’t let it discourage you.

Here are a couple of facts about hypnosis, arousal, and this process that you NEED to remember:

We’re all suggestible in different ways, and we all respond to hypnosis in different degrees. Don’t forget that being hypnotized isn’t nearly as magical as the HFO seems, and that what we’re talking about is an EXTREME response to hypnosis. I’m talking early 90s Comics EXTREME levels here.

An HFO is a trick.
I’m not saying this in any sort of demeaning way, but it’s a trick and it’s a stunt. Just like paralysis, or forgetting your own name, it is a type of suggestion that one could argue is as much a convincer as it is the end result of a trance experience.

So, when you add all of these components together you get a much less romantic, much less mystical and intriguing view of an HFO, and chances are that makes it a little less fun.

But take heart my friends, because despite all of that, there are levels and degrees of orgasmic bliss and pleasurable response up to and including this desired result, and we’re going to walk through them and all their various degrees now:

The Phantom Orgasm: An intermediary step in the process, it is essentially a Braingasm with a more prominent physical sensation.
You may have experienced this before, in that is your body responds in a more meaningful and physically tangible and experiential way, but not to the degree of your body’s physiological processes engaging in the act of release.
This is probably also the “Pee a Little” level.

Now to be clear, these are broad groupings and obviously are based on casual observation and conversation. I’m not offering this up to apologize for my observations and my work, instead this is said to validate your experiences. What we’re talking about here is, after all, the broad accumulation of personal experiences and not every possible experience.

Additionally, I’ve yet to talk about the psychology of the HFO, or the role it plays in D/s relationship (be they casual and consumer based, or in dedicated submission), and neither of these components can be ignored.

What does it mean to give control of your sexual gratification to another?

That’s the big D/s question right?
But in our world, whether hypnosis is just a tool, or the whole and complete medium of submission and surrender, what does it mean have this experience, and how does that inform the effectiveness of it?

I would offer first and foremost that this activity is still defined by everything from the above, so even if you real wanted it, it still may not manifest as a part of your relationship and that has nothing to do with either party.

But enough of that, let’s talk about what an HFO means.

It means someone, by their force of will, their influence on you, and their ability, can create a profound reaction within you, be it physical, emotional, or purely intellectual, and there is a degree of intimacy in this that moves beyond that of trance, and when we think about it in those terms the HFO can take on additional meaning to us whether we realize it or not.

Also, speaking for all of us, it’s just fucking hot right?

Now lets digress into a conversation about how the HFO has risen to prominence in our community.

To my memory Isabella Valentine was the first person to advertise the HFO experience, but the earliest files I recall including them (albeit in a vague and implied way, or should I say in a more permissive way as that’s the best way for a suggestion to land) were early Goddess Marquesa files that came out in the late 90s and very early 2000s.

Since then the HFO tag has worked its way into your lexicon, and it is as much a sales tool and a selling point as it is a desired end goal.

Without being crass, and also saying something you’ve been thinking, there’s an art to creating an effective hands free experience, and it utilizes the understand of what an HFO is, why it matters, and how it can happen via the power of suggestion.

So, sometimes HFO is just a sales buzz-word.

And listen, since theoretically anyone could experience premature ejaculation, just like all-hypnosis-is-self-hypnosis, it doesn’t mean it’s false advertising, but the less time we spend on advertising trends right now, the better (besides, I think I’ve covered a lot of that in other articles already).

Since the middle-late 2000s the HFO has gained leverage in our community as an aspirational goal, and in part because of how we talk about the people we like, just like everything else, the effectiveness of certain sessions can be greatly exaggerated, and it also continues to create unrealistic expectations about hypnosis as a whole.

I would say more, but when dispelling a myth, or providing more insight, or changing perspective and context, it’s easy to fall into talking in circles, and since you;ve made it this far you’re already seen me repeat myself.

Anyway, I hope this was helpful and encouraging.

And listen, seriously, like all suggestions it really helps if you believe that you can experience it, and allow yourself to be open to the different ways it can and will manifest.