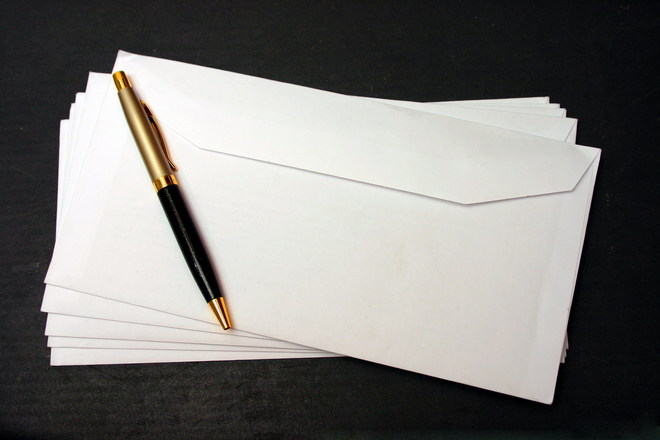 Welcome to my first ever Mailbag!
This both serious and fun approach to the Q and A is inspired (er… stollen) from one of my non-adult-content inspirations Bill “The Sports Guy” Simmons, so if you’re familiar with him, all of this nonsense will seem very familiar/flagrantly ripped off.

Now, with that out of the way, let’s get to the Questions.

-Once again, these are from actual community members-

Q: Do you really think all the women in this scene are just nice because of their business, like you heavily imply in your “Hypnodomme’s not your Girlfriend” article.

-Lots of people over the last 2 years.

A: OK, this is a combination of the various versions of the way this question has been asked, but lets’ start with a bang right?

So here’s the thing, recently someone pointed out that I sound like a pompous blowhard when I write (my words, not theirs), and that when they talk to me I’m nothing like that.
Well, I try not to be like that, but here’s the thing about my written voice:
It’s all intentional, it just doesn’t always land the way I want it to.

When you look at any customer service related business, the first thing you need to know is you catch more flies with honey, and that is the heart of what I was saying, but I dressed it up and made it a little more jagged so it would hit harder.
It was, and when I re-posted the article I tried to elaborate on this, also supposed to be a little sarcastic, a little disruptive, and obviously over-exagerasted…

That right there is 100% why I wrote that article as a sport of emotional heat check, a reminder to keep perspective.

If you take a step back and break it all down, obviously I would have to recognize that overwhelming emotional impact and import of that these relationships have.
So much so that one could say it’s sort of a “no duh” degree of obviousness, but that’s one of those things that comes from more context than I provided.
That said, it’s still a business.
And in a customer service business you catch more flies with honey. Yes, I know I said that already, I promise it’s a set-up.

I also didn’t clarify the counter-points I lined the article with when I talked about being a “Regular”.
If you go somewhere every day, or regularly, you get to know the people that work there, or if you work there you get to know that kind of customer, and a real and meaningful friendship can come out of those interactions. I downplayed that, in part because it seemed obvious to me that people would make friendships and real connections because that’s what people do, and in part because it didn’t serve the message I was trying to emphasis.

Now, why on earth would I feel the need to drive that message home?
Short answer, because I saw too much of it in my personal life, seeing my (then) partner have to deal with that constantly as part of her professional life, people with a lack of perspective and a lack of boundaries that were pushing things too far.

So, I’ve seen first hand that this is something people struggle with, and knowing business, and knowing this business it seemed worthwhile to offer that up.

But, that’s not all there is. It’s that simple, that’s not all there is.
Was it serious and absurd at the same time?
Yes.
Was it structured to seem like the definitive take on why pros are nice, and the ONLY reason they are nice?
Yes.
Was that supposed to obviously be a sort of absurd tongue in cheek joke?
Yes, and that’s where I failed.
Should I do a counter-point article, where maybe I don’t sound quite so much like a know-it-all-jackass?
Well, no promises, but I can try 🙂

Q: Is it more difficult to be a submissive or to be a hypnodomme?

A: This is going to sound like a cop out, so sorry there, but it’s a tie.

What’s hard for about being a sub?

Feeling alone and isolated, feeling like no one understands your desires and your wants, feeling like these dreams and desires you have inside will never materialize and never come true.
Feeling like the things you want are always going to be out of your reach, or only attainable if you pay for them, and even then feeling like it was just a temporary moment, that what you want and want you feel will always eat away at you, that you’ll never be satisfied.
feeling like these things you want aren’t even real when you’re experiencing them, feeling like you’re playing along and then realizing there’s no magic in the world and the best you can hope for is those brief moments of indulgence and release.
And that doesn’t even include what it takes to be submissive, truly submissive with someone, the trust, the humility, the ability to accept another person’s will, to put them truly before you and in front of you, or even just the little fun parts that can go along with serving someone.
Also, sometimes being seen as a walking $, because a content provider sees their content in a different way than you do, and in turn sees you differently than you see yourself or them.

What’s hard about being a hypnodomme?

So many unsolicited dick picks.

And even though that probably balances the scales all by itself –seriously, never send anyone a dick pic unasked for, they don’t want to see your dick, and if they do, they’ll let you know- there’s more.

People masturbating while you talk to them ,just talk to them about regular stuff.
People constantly trying to find a way to trick you into getting them off.
People trying to neg you, challenge you, and/or shame you into giving them free stuff.
People pirating your work, that same work that takes hours of your life and that you sell so you can do things like pay your bills, work that you make because you are one of the few people in this world that have the skills and the drive to do this job.
People seeing you only as a source of their fetish fulfillment.
People only being nice to you in hopes of getting something out of you, and treating you like a prop in their life because you work in this business.
Being called a slut, a whore, a bitch, and a predator just because you make and sell something people want to buy.
People using the inherent emotional bond that this work forms between people as a way to then dump their emotional baggage on you.
People thinking that you being able to hypnotize them will someone fix them, or be the missing piece in their emotional lives.
Actually having to write, record, edit, produce, market, and sell your work, including creating thumbnails, fire descriptions, and all that other stuff.
All the emails, and all the dms that you need to answer, because you want people to know you value them as customers, fans, and as people.
Unsolicited dick picks.
Being wholly objectified as the embodiment of a fetish.
All the other stuff that goes into running a website, finding and maintaining a store/payment processor, paying the 30% Niteflirt/Clips4Sale/Etc. processing fees, and basic trouble shooting customer service BECAUSE PEOPLE DON’T READ.
Also, the fact you’re an adult entertainer and dealing with the stigma of that, in addition to the fact that it’s harder to be a woman in this world.

So, like I said, it’s a tie.
But really, I think it might be harder to be a Domme, except, if you’re good at it you get PAID, and getting good money can make up for a whole lot of things.

But no matter what I say, no one wants to hear about how someone else has it harder than you when you’re struggling with the other side of the same issue, or just struggling in general only to have someone make a big broad generalization about you and all of your type of person.

Q: Are you a high maintenance submissive?

A: Me?
Well if you ask my ex she’ll say I’m not really submissive, and if I was I’d be a bratty one, so I guess… Yes?
But this is probably a speculative question, at least I think the person that sent it to me meant it as such. So let’s talk a little about being high maintenance.

So, someone who is high maintenance needs a certain amount of and a certain kind of attention that is above the average amount and value.
Or, this person has a specific kind of attention they require, or a certain specific kind of product (and I won’t say that everything a Domme offers is part of their product because of the mixups that came from the last time I made a statement like that), for them to be happy/satisfied.

This is a complex topic in that it is loaded. High-maintenance tends to be a loaded term (as I’ll explore below, albeit briefly), and that can obscure what could be a more meaningful conversation.

So, maybe you believe that your money and your time entitle you to more of her time than simply buying a file?
That’s one way of being high-maintenance, and it’s probably the worst because you’re over-valuing yourself/under-valuing someone else.
It’s basically just being selfish (see, negative right?), and while you could say being selfish and high-maintenance are the same thing, they aren’t.
But that comes from someone who is a very low maintenance dude who is trying to be open to giving people the benefit of the doubt.

The real question here, seriously this is the best thing you can ask yourself,  is probably,”what does it take for you to be happy/satisfied in your relationship to being a hypnotized submissive?”

And that’s not a question I can answer for you.

Also, this has already gotten long after just a few questions, so I’m going to wrap it up here and not elaborate on a sort of check-list of happiness factors (spoiler alert: physical, emotional, psychological which is different than emotional, logical, and financial), or precise questions you could ask yourself as a way of determining these things.

Who knows, maybe next time.

Well, I’ve got a few more questions in the hopper, but feel free to send me yours here.