Mythology of Mind Control: The Modern Myth of Longer is Better. 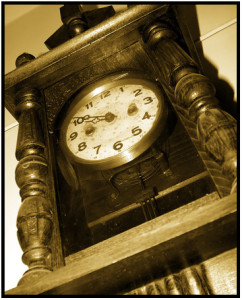 Mythology of Mind Control: The Modern Myth of Longer is Better.
(But really it’s just different)

Sometimes, it was more like 1 file every other paycheck, but it happened pretty regularly.

I would buy files based on who made them and length.

Mostly it was Nikki Fatale files, or the occasional Kasha Shakti file, as they had similar lengths and price points.

I thought, as you may, that the longer the file was the better it was.

And let me be clear right now, YES, THAT IS TRUE, but it isn’t the only truth and it isn’t a uniform value. Not all long files are good, and not all good files are long.

Long for the sake of this conversation, is anything over 30 minutes, and listen, full disclosure, I pay my rent by writing scripts that are over 30 minutes. That is how I live and I am personally a fan of long files to this day, but that’s not what we’re here to explore.

But what does better mean? A more effective trance?

This isn’t about one being good and one being bad, this is about understanding the merits of a type of trance that hasn’t been as fully exploited in the market and why.

(And for the sake of my wallet, well honestly, I hope short doesn’t catch on!)

Up until recently I used to say that anything under 18 minutes was a pretty easy way to spot something fake.

What I didn’t take into account was what informed the average market length of a file and why.

Nor did I take into account the realities of how quickly we can enter trance, even if it isn’t what we assume defines a deep and/or effective trance.

So, now that the pre-talk is out of the way, let’s get to it:

An Hour on The Couch

A friend of mine, not someone I work for, used to do a lot of clinical work.

She explained to me that her MP3s fall in the 25-35 minute range because that is the amount of time you spend in trance when you go to see a hypnotherapist.

There’s the basic talking and sorting things out, then there’s going into trance, then there’s the re-acclimating and wrap up, and that’s the session. Basically half the time you’re there you’re buttressing your trance experience and its effectiveness.

So, if you don’t have a big pre-talk or wrap up, your file is about 30 minutes give or take.

This is not to say all the early practitioners that paved the way all did this from the starting gate. In fact, in the middle and late 90s there was more diversity in length than there is now, but we’ll get to why that is in due course.

In regards to how this informs length, it is just the continuation of the above, and the roughly hour time span gives a sense of being able to accomplish a well structured induction that plays to the clichés of what we think hypnosis is, a stretch of time to reinforce and deepen the trance, then establish the meat of the file’s intentions with whatever suggestions those may be.

This leads to the second component of what helped to make the longer file popular, maybe the most important part at that.

The Value of a Dollar

Why would you pay 20 dollars for a 15 minute session when you can spend 25 dollars on half an hour?

That extra $5 is worth 15 more minutes, and that in the most basic sense is a better value for your dollar.

For most of us, with our assumption of what hypnosis is, how long it takes, and what it does, we wouldn’t think that a 15 minute file would work as well as an half an hour one, but we’ll get to that in just a moment.

Ultimately, based on perceived value it is easier to charge slightly more for a longer file than just over a dollar a minute for a shorter file.

Essentially, even if it’s short and cheap, customers want to get the maximum perceived value for their dollar on the files they buy.

At least, that’s what market patterns would lead one to think.

There’s no billboard rankings or advanced statistical sources for this information, but I have talked with more than a few pros about what sells and what doesn’t, as well as when their clients say and think.

Essentially, a file that costs between 25-35 dollars that is 25 minutes or longer is the sweet spot for what people feel is their best value.

This is the third reason the longer file has become the most popular one.

But before that, here’s a quick aside:

Further, as some of the people who have had market dominance or a stronger word of mouth presence in this scene have come from the world of per minute rate phone sex style work, they have brought over pricing conventions from that market as well.

This brings us to the final major factor of this pattern.

Anyone Can Be Hypnotized

Hypnosis is an active and interactive process between two people, or between a person and their unconscious mind.

Hypnosis is a learned skill-set so it would follow that someone that knows what they are doing, working with you in an active manner would be impossibly easier to help you enter trance than to do it by yourself.

Of course part of the mythology of hypnosis, the classical romantic ideal of what hypnosis does that we have created in our culture, is that it descends on you like a magic spell and despite knowing otherwise it can still be what we want, and that want can often times interfere with the process.

So, in short, it isn’t always easy to be hypnotized by a recording.

With that established, if it can be hard to be hypnotized by a recording, then it follows that a fast and direct file that doesn’t hit the mark with the listener immediately won’t have the opportunity to catch them again or ease them in through instruction and longer induction.

From this, we can see that for the average fan, someone that is not experienced with trance or is not a naturally receptive subject a longer induction provides more opportunity to deliver the trance state.

But then again, not everyone responds the same way and different inductions work better for different people.

Still, regardless of this, the goal of a file is to do two things, hypnotize people and get sold. In this, the non-ideal medium of the passive reception of a hypnosis induction needs to cast the widest net possible to ensure that it affects the listener whomever they may be.

Hence, the practical value of the longer file having a seemingly stronger statistical value of meeting its two criteria of hypnotizing people and being sold.

However, this system as effective as it has proven to be, is not the only one.

Often times when we are being hypnotized we do not realize how quickly we are actually entranced.

Even when we do not feel like we are being affected by entering a trance state, we often times are, we simply do not realize it because of our assumed idea of what being hypnotized is.

In a shorter file, as I have been told by several hypnotists, you have less time to lose a subject, less time to leave them thinking about what is or isn’t happening. The speed of the trance can better submerge the listener in the experience if they are able and acclimated either through practice or outlook, or good luck, to let themselves go along for the ride.

A short file can hypnotize you just as well as a long file.

A short file can implant a suggestion just as well as a long file.

Further, a short file can often times have a different origination process than a longer file.

Where longer files are grounded in therapeutic hypnosis, the shorter file can be seen as more closely modeled after stage hypnosis and serves in many ways a similar role.

A shorter file often times follows this same pattern in that it happens with the direct purpose of establishing an immediate feeling, response, or trigger.

So, what we have are different types of files with different modes and purposes of effectiveness and technique.

With all said and done I would say this, that we perpetuate assumptions about hypnosis, and these assumptions can often time deliberately and negatively interfere with what we want and desire.

I know as well as you do that there is a lot of good out there and there is a lot of bad as well. I know it can be hard to tell what you’ll like and what will work, but I can tell you now that time isn’t value and length isn’t quality.

Quality is what works for you, and I encourage you to explore what assumptions you have that are standing in your way.

As the market continues to grow, do not let your own myths and your own assumptions color what can be a remarkably rewarding experience, even if it is only 5 to 10 minutes.

But really, keep buying those long ones so I can keep making my rent.