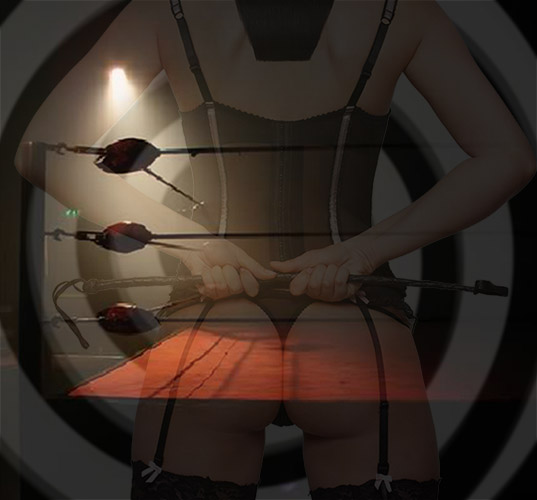 “You want them to go: I know the rest of it’s fake but that part, THAT was real”

“All hypnosis is self-hypnosis” – Hypnotist’s Proverb

Your job in both is to create a simulated experience where the audience forgets themselves and falls into a world beyond the scope of every day life.

You might think doing this is the same as being an actor, and in many ways and for both professions it is (because they both involve acting), but actors take a bow after the show and we see their names in the credits.

Kayfabe was created and practiced not to maliciously fool or grift the audience, but to provide an experience that was more emotionally satisfying and compelling. It was the same reason pro wrestling became scripted in the early 1900s, not to con anyone (well sort of, but that’s a whole other story) but because both changes lead to the business of Professional Wrestling doing better business.

Pro Wrestling insiders refer to their occupation as The Business, because everything about it, everything that is done is done for the express purpose of selling tickets and making more money.

(This is not to say that the people practicing both are not passionate about what they do, nor is it to say they do not love it and that the experiences and moments shared in and from the work are not of a genuine value. Speaking as a fan and student of both I can say first hand that they are. )

It is real in the sense that you know what you are buying.

If you want to be hypnotized, you accept automatically that hypnosis is exactly what is it. This is the same as watching wrestling, you know what it is.

However, and to belabor the point intentionally, what makes it work is the willingness to forget, to accept, and to play along during the experience in part because you have been promised and shown incessantly that the experience is real.

“In this business you can either make friends or you can make money.”

“I already got some friends, I want to get some money.”

(Yes, people have met and fallen in love thanks to this scene. Yes real life couples have formed from this scene. Yes, people have gotten married, dated, become friends, become enemies, and every other range of human experiences in this scene, but that is because that’s what always happens with people. Don’t think I’m saying it’s only money. I was in a long-term real life relationship with a woman I met on Inraptured, I know its not just about the money. What I am saying is that it is a business first and everything else second.)

This kind of Mark is a value added customer as they will do things like write reviews, and other ways of banging the drum, or they will tribute, or buy wish list gifts, etc.

Of course, as I said above, we’re all Marks to a certain degree. We’re all willing participants in this scene no matter how Smart we may be.

In wrestling, as in the carnie business, the term Smart is used either as an antithesis to or an adjective to describe someone. You are either Smart to the business (you know it’s scripted, or you’re an insider aka not a Mark) or you’re a Smart-Mark (you “know” its scripted but you’re still a fan and you still go along for the ride).

In short, we understand that we are being worked.

I’ve never gone that deep before.

This is the most powerful file I have ever written.

I only listen to –blank-.

(If you say that one and you do, you’re rare. Also, the women in these scene talk to each other, they know you don’t just listen to them and they don’t care because it’s all part of the show)

I make this much.

I have this much unique traffic.

I’ve always been a natural hypnotist (not a real thing by the way, but hot damn does that sound sexy right? See, it’s part of the work and we love it. LOVE IT!).

I never remember anything that happens when I go under.

It isn’t just that though, it’s the same principle as installing a trigger or giving a suggestion. For it to work the person does have to want it to work, but you have to create the environment for it to work.

Past the hyperbolae and the worked components of the sales pitch, we still expect the essence of what is offered.

Just as disappointed as we would be if we are told “tonight’s match will be the greatest world title match in the history of world title matches” only to be delivered a match that was not neither good nor for the title, we would feel the same about a file that promised mind numbing hands free orgasms and deep trance but failed to include content that was either capable of inducing trance or causing an erection.

You cannot promise a gimmick and fail to deliver it.

Gimmick, in Pro Wrestling, means about a hundred different things (so too does Business for that matter: We did business tonight, I gave him the business, that guy can’t do business in the ring etc), but for our purposes it will…still mean about a hundred things.

But, in the above context it means that you are selling a session with distinct set of properties that are designed to draw the customer in (in Wrestling this would be something like a Cage Match) to spend money on something they will find more exciting and than the average file.

Gimmicks can also define a Hypnotist’s character, and just like in Pro Wrestling, the best gimmick is just an exaggerated part of that person’s personality, or in the words of perhaps the most successful wrestler of all time, Stone Cold Steve Austin:

“The best character’s just you turned up to 11.”

For some Hypnotists they know they can because they are trained and have studied hypnosis. They’ve learned the craft and the theories and they’re technically sound. If you believe you can be hypnotized, they will hypnotize you because that is what they do.

In wrestling these are the technicians, the guys who are good in the ring but sometimes lack that “it” quality that would make them a star.

For other Hypnotists, they understand their charisma and their ability to draw you in. Yes, they may not have ever taken a class or practiced on a person in the same room, and yes, they may be reading a script someone else wrote, but they believe they can hypnotize you and they make you believe it to by force of personality.

(Of course it’s a lot harder for them if the script doesn’t have isn’t based in any real technique.)

In wrestling they’re the talkers, the ones you remember more for what they say and how they make you care about what they do than the (usually less impressive than the technicians) physical spectacle of what they do.

In wrestling these are the guys that can do it all in and out of the ring, the all-time-greats.

Of course, on the other end of the spectrum there are people that are just looking the part (or sounding the part) and lack any and all substance or believability. They swing crystals in front of their boobs and say you’re getting sleepy and that’s their induction, you know the type.

But, even they aren’t completely terrible because more often than not they look or sound hot and you can get something out of that one way or another. And honestly, that’s probably why you bought their product anyway.

In wrestling these are the guys that look like or sound like wrestlers but have nothing else going for them save a growl and a steroid enhanced body, but sometimes that’s enough for them to get over with the crowd.

And that, at the end of the day is what it’s all about.

That why you work people, that’s why you get worked, so you or someone else can get over.

Now, what’s the point of all this?

The point is you.

These are the things you need to know if you’re serious about this fetish.

These are the things you need to understand about your relationships. I’ve written all of this for you, and I’ve learned all of this first hand.

, and as I hadn’t gone public with my personal romantic relationship with a pro-domme a lot of the feedback I got was “It seems like you’re frustrated about…”

I understood why I got that response, after all the internet has made writing about yourself the dominant subject of written communication, but it was in fact for every person who’d ever unwittingly gotten Worked because they weren’t Smart to the business, and it was for every pro that had to deal with Marks not respecting their boundaries or the boundaries of their work.

Asking a Domme to command you when you’re not in a designated and agreed upon lifestyle/real-time D/S relationship is you trying to work her for more of your fantasies. This is different than you buying a wishlist gift or sending a tribute because that’s just a tip.

You’re a fan, you’re a consumer, they’re entertainers and performers. We’re blessed, all of us on both sides, to be able to reach out to each other to share out experiences and joys within this scene. Where else, and in what other medium can you easily drop a line to your favorite performer and have them write you back?

Just remember, in the words if the words of one wrestling pundit, “You’re getting worked bro.”

But seriously people, don’t come at me with that whole ‘You’re really pessimistic” thing because this is a behind the scenes, no role-play, real life look.

And honestly, it’s still great and it doesn’t take anything away from your fantasies as long as you let them be what they are.

Or as Nikki Fatale always used to say, “Play safe.”