(Not Much) More Than a Feeling 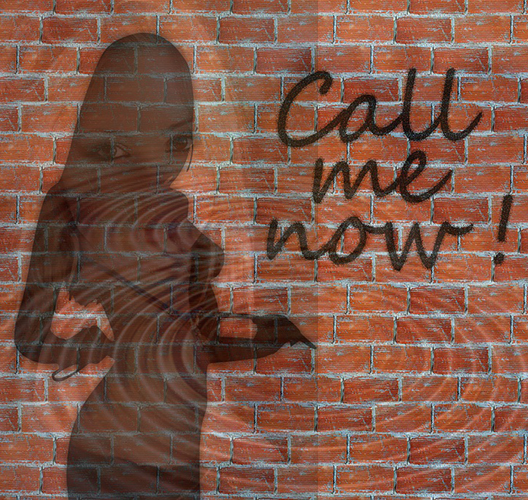 Well, I’ve been thinking about these sentiments a lot, but maybe not in the way you’re thinking.

Now, before we get into it I feel like I need to address some obvious things.
Yes, part of this can be ‘in-character’ content. You’re a hard ass Domme, or a Female Supremacist, or what you’re selling is that kind of sentiment. I’m not talking about those kinds of things, those things are great, good on you, and if you’ve been reading my blog for a while you know what I’m about to say:
Keep it up as long as it’s getting you paid!!!
Also, this may sound a little devil’s advocate-y as far as guys/customers/clients are concerned.

None of what I’m writing here is an excuse for poor behavior and bad manners.

In the best case I hope to explore how some mistakes get made, and how some behaviors can be understood.

Okay, now that that’s out of the way, let’s get into it.

I’d like to start by talking about some of my experiences for a moment, because I’ll be honest here, everything in this article comes from some of my own self-exploration.
I don’t think of myself as particularly unique or special in regards to what I’ll be writing about, especially because I’ve seen and heard my own experiences reflected in others.

So here we are.

You see, being an on-line sub has certain limitations. Everything is abstracted by distance, so obviously service to a Domme is limited by this as well.
The easiest way to remotely serve is to spend money right? Buy a gift, send a tribute, buy a tribute, send a gift, etc.

But, tributes, and wish list gifts are their own sort of thing.
Seriously, that’s a separate thing for a lot of people.
While money may be the most deliberate and most practical form of remote submission, that’s not the be-all0and-end-all of it.
It’s also not just what financial domination is, but it’s more findom than it’s not, does that make sense?
It’s not bad, I’m not saying that, I’m talking about discreet language and definitions. When money enters play, and it is not paying for a direct service or action, or is not a tip for services rendered etc. it is moving into a very different realm of thought for people.
(Once again, if that’s your thing, fuck yeah, get paid.)

Still, all that said, that’s not the only reason I don’t know what I want, ow what to do with this feeling that seems to matter so much to me.

For me, and I think this is broadly true, what we want or what we have is maybe just a feeling. What we’re looking for is an emotional connection that comes with and from submission via hypnosis.
Going into trance is an abstract experience already, submission is an abstract concept already, and when you throw in the mediated and remote cash for service driven experience that makes up so much of our business, that’s a tangle of intangible factors.
So for “me” (people like me or relate to this, not necessarily just me), what I am paying for and what I want is an emotional experience, the emotional connection of the act of being hypnotized and the feeling of submission to a Domme.
What I am paying for, what I want, is the emotional labor of a hypnotist allowing me to have those feelings and that connection with her.
It’s intimate, it’s tangentially romantic, and there’s an aesthetic to it that works to evoke this feeling, and the sensation of submission as well.

Here’s the IMPORTANT part.
To people like myself, that emotional offering is an act of submission and dedication. I’m not saying it’s not selfish, emotions are selfish things.
What makes this IMPORTANT is that this is where the communication breakdown occurs, and it ties in with the above mentioned lack of value of orgasms and erections etc.
We, guys/subs/clients/customers, value our emotional experiences and we want the emotional experience of being hypnotized and controlled (or whatever), and we assume that Domms, the other half of the equation, want the same things we do in the same ways we do, even if it facilitated by commerce.
The best of us understand it’s a service, but since it’s a fetish service we all sort of assume Dommes are Dommes because they have this fetish too.
It’s a natural, obvious assumption, but it isn’t a useful one.
There’s no utility to assuming it’s true, other than a selfish wish fulfillment driven desire.
Not only that, to look past it one must look past the advertising and the presented core concept of the business, and of the Domme’s public persona/character.

This, however, is where it gets weird. This is where the disconnect in expectations can occur to the greatest degree.

If a content provider is selling a file that does cater to those feelings, which let’s be honest here most files do, then regardless of how one-sided someone’s relationship to that content is, they will still project that want onto the Domme based on that material.
They’re getting the feelings they want to explore and to have, and they’re getting them from someone who is providing the content that is enabling them, so, maybe… just maybe they can have even more of those experiences, a stronger sense of those feelings by taking things to the next level…

Or at least, by having contact with that person.

Obviously there’s a lot of logical problems with this right? But instead of working on those let’s focus on one of the biggest problems we have in the scene.

NO ONE KNOWS WHAT THEY WANT!

Submissive feelings aren’t the same as being an active submissive. But, NO ONE KNOWS THAT!
I shouldn’t say no one, but it you think about someone coming into this part of the power exchange world and everything in here, as stated above, into this abstract internal emotional relationship, then how does someone delineate between the two?
We all just say, sub this and slave that, we all lump it all together because that’s what we’re all after, the feeling, the idea, and the reality all rolled up into one marketing package.
The idea of being a hypnotized submissive is so broad it has no meaning, or at least it doesn’t have a discrete meaning that provides any kind of utility for anyone.

Basically no one knows what they’re actually asking for, and the people being asked are asked in a language that means something different to them and to the people asking.

Subs and Dommes, broadly speaking, are having two completely different conversations about what submission is, and what serving is, and it’s not a question of fault, or blame, this is just where we are.
(Or, you know, we can do the reasonable thing and recognize that selfish cocks and selfish subs do selfish things… which I mean, duh… but that’s not the whole answer.)

Now, obviously, emotional submission is ‘practically useless’ to a Domme. This also includes self-sexual activity, because that’s still just emotion driven, and it only exists within the sub’s body and mind.
It’s basically just having a crush on someone and dressing it up as something else. It’s a sub-crush, and sub-crushing isn’t the same as submissive actions.
It’s still something though.
It still matters, it’s still real (especially in the moment), these are real feelings for the person experiencing them, but it has no utility to the Domme past that person likely buying more files or live sessions etc. and that is an act of commerce and not an act of submission.

This is because being actively submissive means you’re doing something for someone else, you’re acting in your Domme’s interests, and again, emotions are selfish things. Being someone’s slave (or whatever) is extra, not included with the file or live session purchase package as it were.

So, when a Domme points out that feelings and boners don’t giver her anything, SHE’S RIGHT!

Boners, wants, and desires, are valuable only as a part of something else, only as something that inspires one to do something more, to do something outside of the selfish world of emotion.
Our erections and our emotions are not the end result of a D/s relationship, they’re the inciting incidents that lead to entering into those relationships.
Communicating with a Domme, and hoping you will have the experience of, or projecting the emotional responses you have from her work onto her isn’t indulging your submissive side, it’s dehumanizing her into a walking talking mp3 and requiring extra emotional labor from her with no compensation.
That’s not submission at all is it?

So where does that leave us?

As a sub you have to recognize your wants and your feelings. You have to ask questions, you have to do the work, and you have to do your best. You have to, HAVE TO learn to ask the right questions, be humble, and be mindful of their time, their energy, and their interest.
Seriously, humility, patience and self-motivation are your best friends in becoming a good, or at least informed submissive.
That, and remembering

Dommes, you’re teachers.
I know, I know, don’t roll your eyes at the fact this means extra uncompensated work for you.
The thing is, if you have expectations, and you have people that don’t know what they are or how to meet them, that’s on you.
I’m not talking about hand holding, I’m talking about clarity of messaging, and clarity of expectations.
If you assume someone is on the same page as you, you’ll be disappointed more often than not.
(Boy howdy have I messed this up with people here and in other places)
That’s what I mean about being teachers, teaching your standards and your expectations, your language, your definitions, and what you need.
And of course there’s really no point at all in trying to teach people that don’t want to learn.
(Of course, this is said by someone who doesn’t have a bunch of mouth breathing cum dripping time wasters trying to get their rocks off on my time and energy, so who the fuck am I to say anything here.)

So that’s what we can all do to help with these communication and expectation issues.

And again, subs, ask yourselves the hard questions, don’t make assumptions, and really consider if you’re emotionally submissive, or practically submissive.
Know what you are, know what you bring to the table, and try your best to figure out what you want before you go to someone for it.
Also, if you’re going to someone for a service, compensate them for that service, that’s bare minimum just manners right there.