On What Makes a Good Script 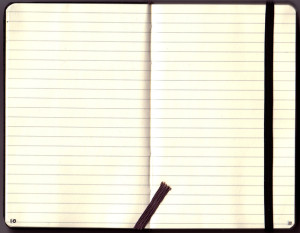 So, as some of you may know, my first love when it comes to writing is comic books.
A friend of mine and I are making comics, well we’ve made one full issue (24 pages black and white), and while he slowly finishes inking issue 2 I’m even more slowly learning how to color.
Luckily, I learned the basics of digital lettering making manips for the Hypno-Pics collective, and that helps since being able to letter your own work is really valuable as a writer.

I’ve written some great scripts. I’ve written stuff that has knocked people’s ass’s off. But, those asses all belonged to the women that hired me to consult with them. You see, more than anything, I consult.
I’ll sit down and write 2500 words, and time permitting it will be after freshly listening to files from the person I’m working with so I can get their tone and language etc.
These days, as my consulting increases it is more and more crucial to listen first, then write, and it all comes back down to the same thing.

Writing a script for someone in this industry is offering up a more fleshed out skeleton, than it is offering a ready to delivery product.
The bones of a script are concept, and for what I offer, the meat is my use of language in service to the product (which included my knowledge of the subject etc.).
Ultimately though, no matter how good of a script it is, it still lies squarely on the hypnotist’s shoulders to deliver it.
This is why it is so important for me to try and capture their voice.
Not because I’m a nice and thoughtful guy, I am by the way, but because the skeleton I offer fundamentally has to be a mock up of their work and their voice.
Otherwise, I’m just writing my stuff for other people, and no one wants to read my stuff because my stuff is not theirs
It is not their performance, it is not their art, their creativity, their character, my voice is not their brand, and it is not what their clients expect when they buy files.
It is not them, it is me, and they aren’t selling me.

This is the same in comics.
Every pro that’s any good says the same thing, you write your scripts with the artist in mind, and you write your scripts to the artist’s strengths.
In my case, the artist is paying me to make their life easier, so when I write it is also to do that.
I’ve never worked with anyone that has “needed” me, I’ve only ever worked with people that “wanted” me.
What this means is that they already know what they’re doing and they respect my work enough to pay me to help them continue to be successful and make their lives easier.
So, more than anything, that is what informs my scripts and my approach.

Now, what is a good script?
A good script is a script that gives the performer what they want.
It’s that simple, it’s that cut and dry, cash on the barrelhead straightforward.

If your first though here was “duh”, well you’re absolutely right.
But here’s the fun part, how do you do that?

Examples:
Love and Addiction: This is a file type about creating an emotional connection to the hypnotist that is built around their power over you.
For the most part, this file is about creating a hypnotic experience as the suggestions work in large part because you enjoy being hypnotized.
The file has a lasting behavior/emotion associated with it and is somewhere in between “hypnotized” and “hypnotized to do…”

Forced Bi: This is a type of file designed to encourage someone to go suck some dick etc. This file is focused on creating a behavioral impulse to go do something. It isn’t about being hypnotized as much as it is about what being hypnotized allows the subject to do.
This is 100% “Hypnotized to do…”

Do Some Shit in Trance: You’d think this was the “hypnotized to do…” but it’s actually just pure “Hypnotized”.
Here’s why:
If you like being hypnotized for the sake of being hypnotized you really like proof. This is why some people love files with arm levitation, hands being stuck together, forgetting your name, etc. That’s not “Hypnotized to do…”, that’s just proof.
Nothing, and I mean nothing, gets a pure hypno-fetishist off like proof that they’re really hypnotized.
So, to prove it to them, you have them do some stage hypnosis adjacent stuff with sexual tones, or stuff that is overtly sexual.

Those are just three examples, there’s more out there, but it’s enough to bring us to my next point.

A good file does what it sets out to do.
It is like any other kind of writing, it has continuity, it has clarity, and it has purpose.
Purpose is kind of misunderstood so I’ll elaborate.

Purpose means that the writing has a goal beyond being some words that are all mashed together.
Purpose could be something like:
My purpose in writing this book is to write a murder mystery novel set in Pre-Revolutionary Boston.
So, that is my purpose and everything I write while working on that book is in service to that basic idea.
If I start writing about space lasers and digital samurai I’m not working towards that purpose.
Ideas change, creativity breeds more creativity, and stuff can go completely different directions, but for writing to be more than a mash of words it has to have a purpose.

If you answer those questions, and work towards those goals, then you will have a good file.

Also, and this is hugely important, you have to understand what does and doesn’t work in the medium you are writing for.
Recordings are not live sessions, videos are not recordings and are also not live sessions, Skype is not being in the same room as the subject.
What works in real time doesn’t always work on a recording, and the reverse is also true.
If no one has told you this good reader, recordings are far from an ideal way to experience trance, and recordings are generally modeled after the clinical hypnotherapy structure.
There’s an induction, a deepener, then there’s the body of the suggestion, then you’re done.
The problem is, in a live environment the hypnotist can react to what the subject does and doesn’t respond to. With a recording, the subject in many ways caries the entire burden of the experience.
You can work around this in your writing, but knowing how to approach this is one of the things that makes me valuable so I’m not giving that away, so, sorry there but I’m sure you all respect that I have to make a living.
(AKA pay me and I’ll tell you)

Still, with all that said (and withheld for $$$) writing is writing no matter where it is, no matter what it is.
Know your audience, know your product, know your purpose, and work in service of both.
Also, and this is included in the above but bears stating, the language you use should be deliberate and match the tone you are work towards.
Think about and pick your words, they’re what make writing writing.

So, with that I’m going to leave you with this little bit of fun.
Now, I’ve never tried to hypnotize anyone with text before, so if I do hypnotize you here…

In just a moment you’re going to realize your feet are stuck to the ground. You’re not going to believe me at first, you’re probably already thinking, “you can’t be hypnotized by some text, you can’t be hypnotized by reading something” and you might be right, but what if you’re not?
What if the more you read, the more and more you read, and go on and play along with me here, let’s just have a little fun and play along and put your feet flat on the floor, it turns out that reading is just like listening.

You could even imagine that reading is just like listening to yourself, after all when you read something you’re reading it in your voice aren’t you? You don’t need to hear it out loud for it to be your voice, after all you’re taking it all in, you’re processing it and thinking about it, you’re paying attention to it.
Sometimes when we read, it gets easy to lose track of other things.
Right now you’re doing all the work when you read.
You’re reading and accepting what’s coming your way, and if I asked you to think about your feet right now, if I asked you to keep reading and focus on your feet being flat on the floor you might feel the urge to test them, to see if they’re somehow stuck there already, and they might but there’s no point in trying now.
I promise, there’s no point in trying now.
Anyway, sometimes when we talk about hypnosis we talk about self-hypnosis and we recognize the idea that all hypnosis is self-hypnosis, and sometimes it’s true and sometimes it doesn’t really capture everything there is to it, but lets say that simply speaking ,all hypnosis is self-hypnosis, and we can agree to that idea now.
We’re in agreement.
We understand that as we read we are telling ourselves what we are reading, and we are using our own voices to understand in our thoughts what we are seeing on front of our eyes.
We are reading and processing word after word, we are doing it all by ourselves, and it’s funny how sometimes you don’t think about how your feet might still be flat on the floor and how they might not have moves, and you might even realize that right now your feet could be stuck to the floor since all hypnosis is self-hypnosis., and just by reading and accepting what you’ve seen your feet might have just gotten stuck for a second, or a minute, and they might be stuck now.
You could try and move them if you wanted, but if they were stuck, they wouldn’t move anyway, so what’s the point.

Why not just sit back, take a deep breath in, and as your breath out, just take a moment for you and process what you’ve read.
Maybe just close your eyes for a moment and I’m sure when you open your eyes again your feet will be unstuck.

Well everyone, if that worked it is because the words I chose, the format, the pace, everything was in service to the idea that this text is going to hypnotize you, and I was working towards what the medium can and cannot transmit.
If that was just a silly waste of your time, well that happens too.
After all, no matter how good the work is, some things just don’t land with some people and since trance is so fundamentally subjective in the first place the best file can still have the worst result, that being no result at all.