Real Hypnosis, What You’re Looking For 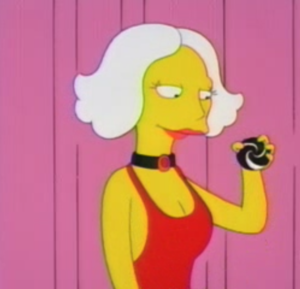 You see, there’s hypnotists, there’s hypnosis content, and there’s role-play, and trying to suss out the differences isn’t very easy at all.
While I’ve written about this tangentially here, and argued with people about it on older iterations of Inraptured, I think it’s time to call some spades some spades.

So, one of the best ways to spot if someone isn’t making real hypnosis is the number of different kinds of fetish content they sell.
This isn’t a perfect filter, but it’s a good starting point, and it’s also a good delineation point as well.

If you want to be hypnotized, go to a hypnotist, and while some women who offer a wide variety of digital pro-domme services have become accomplished at delivering a good script, or have become interested in and practice it, they are not going to be as good or as focused as someone who only makes hypnosis content.

Another filtering too, and this one is hard for men because we’re visual creatures, is that hypnosis has nothing to do with hotness.
If you’re looking at a video of a hot girl and it’s being sold as hypnosis/mesmerize/etc. ask yourself if the video is selling you the image of the woman staring in it, or is it selling putting you into trance?

And as a side note to that, listen too. If the words sound wrong, like someone saying “I’ll put you in a hypnosis”, or if it sounds like they’re reading a script they don’t understand, then they’re not for you.

Here is another valuable tool, read their website.
If they don’t have a presence where they can talk about their history, their relationship to hypnosis, and their skills/tools/etc. then how can you know if they care about providing you the experience you’re after?
The real, dedicated, focused erotic hypnotists in our scene all present themselves in wholly unique ways if you take the time to read what they share.
What I mean by this is that while there is a certain amount of advertising and use of clichés/buzz words/etc. to communicate their ideas, there is always more to it, more actual passion, and more personality than something like:

I’m a natural hypnotist who has always been able to make boys do what I want, and you’ll discover how easily I can make you my trance slave.

That’s not honest, that’s the filtered down idealized advertising version. It’s fake, it’s manufactured, and it’s not real.
There is no such thing as someone who is a natural hypnotist.
Why?
Because it’s a full blown skill set that involves, theory, practice, and knowledge, to actually develop it.
It’s not a mutant power, it’s not being charismatic or flirty, hypnosis is a real and discreet thing, and while that may be less fantastical than what we desire sometimes, it’s still something to remember if you’re looking for real hypnosis.

Now that that’s out there, let’s talk value and money as a means of filtering and exploring further.
Here’s how you do it:

One: ONLY BUY ONE THING AT A TIME from someone you’re just starting to explore, are interested in, or getting into.
You never know if their pay files are in line with their free sample, or if they don’t tell you what’s really in their content.
This will help you know if you’re getting what you want in both hypnosis quality and in content.

Two: DON’T USE FALSE COMPARISONS!
A jerk-off oriented video is not the same as an actual hypnosis file.
One can be made by anybody, and the other is only made by a hypnotist or someone that can effectively deliver a hypnosis script.

What I mean is don’t compare those price points as you are buying two different things. One is fast food, the other is a sit down meal, one is a toaster and the other is an oven.

Buuuuut, here’s the problem with both of those tools, people lie.

If someone is selling you a ‘real hypnosis experience’ and they and their production team (if they have one) don’t know anything about hypnosis past cartoons and what other people have made, they’re lying to you.

Now, maybe you’ll go into trance watching it, who knows? After all, all hypnosis is self-hypnosis and if you’re a good self-hypnotist the fakest stuff can still trigger you the right way, but that’s a happy accident.
You see, as hypno-fetishists we’ll buy that promise because that’s part of the appeal, and people that want to make money off of us and don’t care about the fetish past a means of making money will pitch us all of the clichés that we want.

Otherwise, hypnosis is a cooperative activity. Hypnosis is ALWAYS a cooperative activity, and no matter how you slice the technicalities of it: are you being hypnotized, is the hypnotist just the guide, does hypnosis not become self-hypnosis when someone else is involved… Regardless of where you land on any of that, it is still a cooperative endeavor, and you need your dance partner to do their part as it were.

This isn’t to say there are no visually appealing hypnotists out there, but use all of these tools in unison to help filter out the women who have made careers with their charisma and their appearance, and women who have made their careers by hypnotizing you.

I hope you’ll all find this usefull.

HEY!
Thank you for taking the time to read (or skim) all the way to the end. If you have any questions, ideas for blogs, or just want to say hello you can reach me here  or follow me on twitter at trancescript.
And as always, if you enjoyed the article, feel free to use the link below to show your appreciation with a $1 tip.